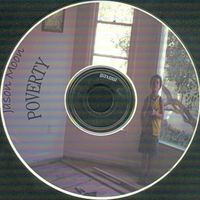 From the recording Poverty

Its two am in the morning when Christopher starts to cry.
She sits staring out the bedroom window as the tears roll down her eyes.
She’s wondering when it was, that her life lost all control.
Dreaming of the dreams she had of a husband, and a home. Woah-woah

And somewhere far away on another side of town.
He sits laughing with the boys as there drinking em down.
He calls her on the telephone, says “babe I need a ride”.
At two-fifteen she picks him up and dies a little bit, inside. Woah-woah

(Chorus)
I can’t live on sympathy, and seventeen percent.
And all these late night promises, babe they don’t pay the rent.
And if it happens one more time, well I’ll be leaving town for sure.
The only thing keeps me hanging around is little, Christopher.

And not a word is spoken, through the shadows of the night.
She’ll do anything she can to avoid another fight.
And somewhere in the silence is a peace she’ll never know.
Hiding in the corners, of a broken home. Woah-woah

She said, “You know how he gets sometimes, when he drinks to many beers.”
Two black eyes and a bloody nose and a Kleenex full of tears.
“I don’t know what hurts me worse, by bruises or my pride.”
And with no one there to turn to, she burry’s it, way down deep inside. Woah-woah

Now Christopher, he says his prayers, for his mamma’s soul to save.
And every other Sunday, we put flowers on her grave.
I guess we would have done something, had anybody known.
Its kind of hard to leave she’d say, “When you got no place to go”. Woah-woah

And every couple minutes now a mother or child cries.
From across the sea, to across the street, yet no one seems to mind.
No longer can I turn my head and pretend that I don’t see.
Cause god forbid, we sing this song, for someone, like you or me.
Like you or me.