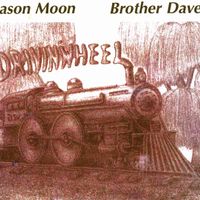 From the recording Drivin Wheel

Heading down from Baton-Rogue, it took a Trail of Tears to keep him alive.
He lives up there because the rent is low, he's got a wife, two kids, and a 9 to 5.
He works al day just to get by, smiles with a grin, and says, "Everything is fine.”
Only problem is its 42 more years till he can retire and die.

Said he should have joined the army, gone to college on the GI Bill.
Says you read a lot of books there, TS Elliot and you learn how to kill.
Called his momma wiped the tears from her eyes, said I'm going to help America make a stand.
He used to say, "It takes a lot to shoot the enemy, but it takes a lot more to be a man."